Propecia Causes Permanent Impotence in Some Men: Merck and FDA Knew About It 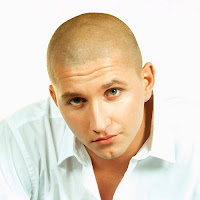 Big Pharma, Merck in this case, is well aware of the problems some of their “wonder drugs” cause. It’s disturbing how our government approves drugs that regularly ruin the lives of a small minority of those prescribed, yet has declared an all out war on natural products like marijuana and raw milk.

This story also shows how vain Americans have become. What’s more important, a full head of hair, or your sexual function, ambition, and overall happiness?

Kevin Malley was almost 30, and he was starting to lose his hair. He went to his doctor to see if there was a way to keep from going bald, and his doctor prescribed Propecia.

“I looked young for my age, so I wanted to hold off my hair loss for a little bit,” Malley said. “I didn’t plan on taking Propecia for more than a year.”


Malley started taking the drug in May 2011, and by October he was completely impotent and had no sex drive whatsoever. His body changed, even his genitals shrank, and he slipped into a mental fog that he just couldn’t clear. His doctor told him the side effects would go away if he stopped taking the drug, so he did. But nothing changed.


“I kept expecting the side effects to go away, but they did not, they only got worse,” he said.


For 96 percent of the men, the sexual problems lasted for more than a year after they stopped taking the drug.


“Our findings make me suspicious that this drug may have done permanent damage to these men,” said Dr. Michael Irwig, the author of the study. “The chances that they will improve? I think it’s lower and lower the longer they have these side effects.”
http://news.yahoo.com/video#video=29966302

Later in the story we learn that the FDA and Merck knew that some men would face long-term impotence by taking Propecia:


Finasteride works by blocking the conversion of testosterone into a more potent form, called DHT, which contributes to hair loss. It was originally developed in 1992 by drug giant Merck as a treatment for enlarged prostates and sold as the drug Proscar.


Propecia was approved by the U.S. Food and Drug Administration in 1997, and at that time Merck noted that a few men reported sexual side effects during clinical trials of the drug. On its website, the agency said those side effects were resolved when patients stopped taking the drug.
http://gma.yahoo.com/men-propecias-sexual-side-effects-may-long-lasting-215732153–abc-news-wellness.html

The moral of the story? Don’t trust big companies and the FDA with your health. Only take drugs and supplements that are absolutely necessary. Find natural relief and cures when possible.
Posted by Liss at 12:48 PM