Addicted to coffee? You may be dopamine deficient 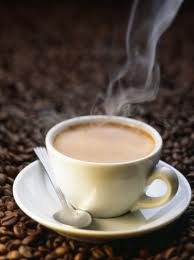 Many of us depend on an early morning "Jo" to get us on the go. Some of us need refills as the day progresses.

Still others use coffee to get over depression or anxiety, even though caffeine can create more fight or flight hormones and tax our adrenal glands by pumping us with adrenaline. The adrenaline rushes lead to more retention of cortisol, leading to a vicious cycle of more stress and anxiety.

Many of us may have to look into our coffee drinking habits to determine whether to decrease consumption or quit altogether, even with the threat of withdrawal symptoms.

Although caffeine is in some foods and beverages, for example chocolate and tea, the bulk of our caffeine consumption is carried by coffee.

The first thing to consider is whether you can do without. If not, there is some level of addiction. There is a way to ease caffeine withdrawal mentioned later in this article.

How coffee elevates our moods and gets us going

Caffeine is a naturally occurring chemical stimulant called trimethylxanthine. It can be addictive and debilitating as well as helpful, as both Bach and Beethoven, heavy coffee drinkers, would attest.

Dopamine elevates our moods to make us feel better and stave off depression, which is why there is so much coffee consumption in areas that lack sunshine for extended periods, such as the USA Pacific Northwest and Scandinavia. Dopamine also helps create motivation and contributes toward conscious body motion.

Some research even points to coffee drinkers having fewer problems with depression and Alzheimer's disease than non-coffee drinkers. While feeling better from the dopamine, the caffeine also increases the brain's activity and neuron firing.

This alerts the pituitary gland to release hormones that signal the adrenal glands to produce adrenaline (aka epinephrine) for "fight or flight." The adrenaline rush makes you more alert.

But as the adrenaline wears off toward a crash, cortisol slowly builds up. If this cycle is repeated often enough, the cortisol builds up and creates the same effects as chronic stress: Fatigue, anxiety, nervousness, irritability, and lowered immunity. A recipe for disaster is working a stressful job and drinking lots of coffee to cope with it! Adrenaline rushes can be addictive, just ask any gambler or sports nut.

But it appears dopamine's mood elevation may be the hook that makes it hard to kick caffeine and remove the adrenal stress that causes long term negative health effects.

Sometimes the caffeine from drinking coffee habitually can cause gluten intolerance or Celiac disease. Caffeine is a cross reactive substance, meaning it can create gluten intolerance even though it doesn't contain wheat. Ironically, wheat products usually accompany that cup of Jo.

Many experts consider the caffeine cure for dopamine deficiency the most addictive quality of coffee drinking. Getting off caffeine slowly or cold-turkey can create withdrawal symptoms such as headaches, irritability, mild depression, and mental fogginess.

Nutritional consultant and author of The Body Ecology Diet, Donna Gates, recommends a naturally sourced non-essential amino acid supplement L-Tyrosine to help you kick the caffeine habit effortlessly. It is a natural precursor to the brain's dopamine production and it helps people be alert.
Posted by Liss at 11:42 AM