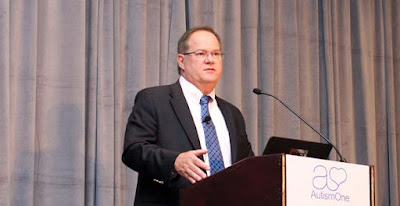 A prominent autism researcher and vaccine opponent was found dead floating in a North Carolina river last week under what many are calling suspicious circumstances.

“Bradstreet had a gunshot wound to the chest, which appeared to be self inflicted, according to deputies,” reported WHNS.

In a press release, the Rutherford County Sheriff’s Office announced, “Divers from the Henderson County Rescue Squad responded to the scene and recovered a handgun from the river.

An investigation into the death is ongoing, and the results of an autopsy are also reportedly forthcoming.

Scientists Find Alarming Deterioration In DNA Of The Urban Poor 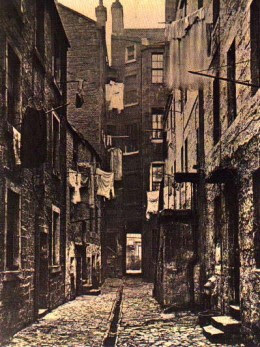 The urban poor in the United States are experiencing accelerated aging at the cellular level, and chronic stress linked both to income level and racial-ethnic identity is driving this physiological deterioration.

Researchers analyzed telomeres of poor and lower middle-class black, white, and Mexican residents of Detroit. Telomeres are tiny caps at the ends of DNA strands, akin to the plastic caps at the end of shoelaces, that protect cells from aging prematurely. Telomeres naturally shorten as people age. But various types of intense chronic stress are believed to cause telomeres to shorten, and short telomeres are associated with an array of serious ailments including cancer, diabetes, and heart disease.

Evidence increasingly points to telomere length being highly predictive of healthy life expectancy. Put simply, "the shorter your telomeres, the greater your chance of dying."

Email ThisBlogThis!Share to TwitterShare to FacebookShare to Pinterest
Labels: accelerated aging, aging and shorter telomeres, ethnicity and health, health of the urban poor

The map below comes from the Nuclear Emergency Tracking Center.  It shows that radiation levels at radiation monitoring stations all over the country are elevated.  As you will notice, this is particularly true along the west coast of the United States.  Every single day, 300 tons of radioactive water from Fukushima enters the Pacific Ocean.  That means that the total amouont of radioactive material released from Fukushima is constantly increasing, and it is steadily building up in our food chain. 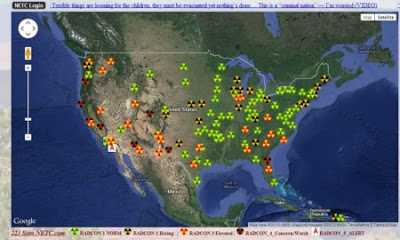 Ultimately, all of this nuclear radiation will outlive all of us by a very wide margin.  They are saying that it could take up to 40 years to clean up the Fukushima disaster, and meanwhile countless innocent people will develop cancer and other health problems as a result of exposure to high levels of nuclear radiation.  We are talking about a nuclear disaster that is absolutely unprecedented, and it is constantly getting worse.  The following are 28 signs that the west coast of North America is being absolutely fried with nuclear radiation from Fukushima… 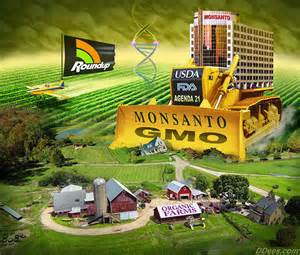 A federal judge has partially dismissed a lawsuit brought by two local commercial alfalfa farmers in Oregon and backed by biotech giant Monsanto who sought to overturn a Jackson County ordinance banning the use of GMO seeds.

As reported by Revolution News and The National Law Review, U.S. District Judge Mark D. Clarke struck down the farmers' claim that the anti-GMO ordinance, which was approved overwhelmingly a year ago and is set to take effect June 5, was in violation of the Oregon Right to Farm Act because it was a violation of their right to farm.

In part, the ordinance reads, "It is a county violation for any person or entity to propagate, cultivate, raise, or grow genetically engineered plants within Jackson County."

In his ruling, Clarke said that, while the farming rights law prohibits ordinances and lawsuits that seek to treat common farming methods as trespass or nuisance, it does not protect activities that can harm commercial agriculture. The federal magistrate agreed with the defendants who argued that there was potential to taint organic crops as a result of cross-pollination with nearby commercial GMO crops.

"While farming practices may not be limited by a suburbanite's sensitivities, they may be limited if they cause damage to another farm's crops," Clark said. "Farmers have always been able to bring claims against other farmers [under the Right to Farm Act] for practices that cause actionable damage to their commercial agriculture products," and the local county ordinance simply "serves to prevent such damage before it happens," he wrote. 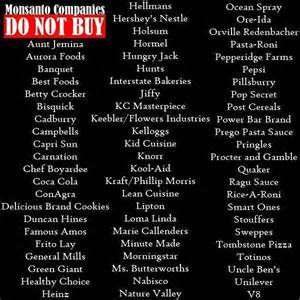 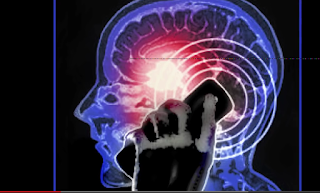 We are scientists engaged in the study of biological and health effects of non-ionizing electromagnetic fields (EMF). Based upon peer-reviewed, published research, we have serious concerns regarding the ubiquitous and increasing exposure to EMF generated by electric and wireless devices. These include–but are not limited to–radiofrequency radiation (RFR) emitting devices, such as cellular and cordless phones and their base stations, Wi-Fi, broadcast antennas, smart meters, and baby monitors as well as electric devices and infra-structures used in the delivery of electricity that generate extremely-low frequency electromagnetic field (ELF EMF).
YouTube
by geovitalacademy

In summary, the International EMF Scientist Appeal calls upon the United Nations, the WHO, and the UN Member States to:
UNEP is the UN’s “voice for the environment” and is uniquely positioned to take a planetary view of the potential for harm that EMF pollution presents to biology -- the evolution, health, well being and very survival of all living organisms world-wide. EMF scientists are giving warnings about clear signs of adverse biological and health problems that are affecting people and nature. Now is the time to ask serious questions about this emerging environmental health crisis.