Map Of Ebola Quarantine Stations: Here’s Where They’ll Send Those Suspected of Ebola or “Respiratory Illnesses” 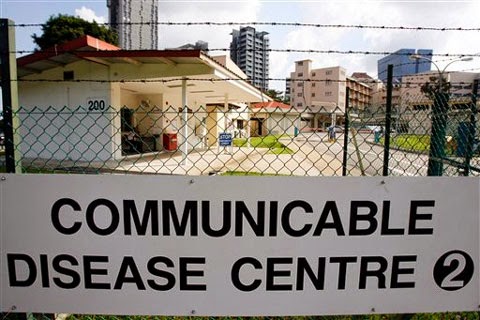 Despite concerns around the globe that the Ebola virus may continue to spread and mutate into something even more deadly, the director of the CDC attempted to assuage fears about the possibility of an outbreak on U.S. soil.

“It is not a potential of Ebola spreading widely in the U.S.,” director Thomas Friedman told reporters on a conference call Thursday. “That is not in the cards.”

But while the CDC downplays the potential threat, emergency planners behind the scenes have been getting ready since as early as April of this year. In a report presented to Congress while the virus was spreading in West Africa, the Department of Defense said that it has dispatched biological detection kits to National Guard units in all 50 states with the capability of diagnosing the virus in infected patients in as little as 30 minutes.

And, in a move that raised some eyebrows this morning, President Obama amended a 2003 Executive Order that gives the Federal government, as noted by Paul Joseph Watson, the power to “mandate the apprehension and detention of Americans who merely show signs of respiratory illness.”

Although Ebola was listed on the original executive order signed by Bush, Obama’s amendment ensures that Americans who merely show signs of respiratory illness, with the exception of influenza, can be forcibly detained by medical authorities.


Though the government and media are doing everything in their power to keep the panic to a minimum, going so far as to suggest that the possibility of Ebola spreading in the United States is almost non-existent, the fact that over 750 people in six West African countries have died from the virus suggests otherwise.

Even the World Health Organization recently claimed that the virus is out of control and all attempts to contain it thus far have failed.

Michael Snyder’s recent analysis on what is going to happen if Ebola comes to America sheds some light on how the government might behave. Though Obama didn’t sign the Executive Order allowing for the rounding up and detention of Americans suspected of respiratory illnesses until today, Snyder correctly pointed out just 48 hours before the order that “isolation would not be a voluntary thing.”

The federal government would start hunting down anyone that they “reasonably believed to be infected with a communicable disease” and taking them to the facilities where other patients were being held. It wouldn’t matter if you were entirely convinced that you were 100% healthy. If the government wanted to take you in, you would have no rights in that situation. In fact, federal law would allow the government to detain you “for such time and in such manner as may be reasonably necessary”.

And once you got locked up with all of the other Ebola patients, there would be a pretty good chance that you would end up getting the disease and dying anyway.


It turns out that not only is the government prepared to identify, isolate and detain potentially contagious individuals, but they already have the facilities in place.

According to the Centers for Disease Control there are twenty (20) quarantine centers actively prepared to accept patients as of this writing. The following map provided by the CDC shows where these centers are located. 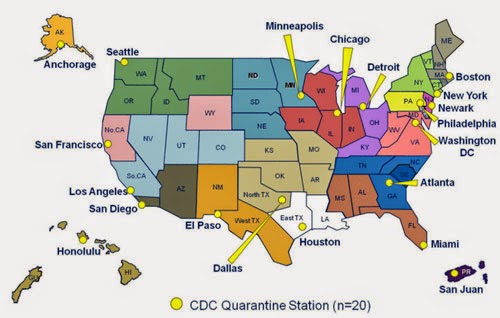 President Obama’s recently updated Executive Order gives the organization the authorization to detain anyone suspected of having been infected with a contagious disease.

CDC has the legal authority to detain any person who may have an infectious disease that is specified by Executive Order to be quarantinable.


Such “quarantinable” diseases may include Cholera, Smallpox, Plague, SARS, Hemorrhagic fevers (like Ebola), and now even “respiratory illnesses” that may have symptoms similar to those of deadly viruses.

It was no accident that President Obama added the Executive Order amendment this morning. They can downplay the seriousness of Ebola all they want, but the fact is that hundreds of medical workers, including the World Health Organization, have failed to contain its spread.

In anticipation of the virus hitting U.S. shores, President Obama has set the legal authorization to essentially declare martial law in stone. The U.S. military, including the National Guard, also has contingency plans in place.

The minute this virus is detected in “the wild” on U.S. soil these directives will be executed. Though what happens next is unpredictable, preparing for a pandemic ahead of time may be the best way to not only avoid contracting a deadly virus, but staying out of a government run quarantine station.