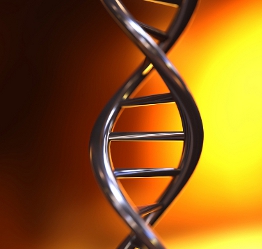 The viruses from two different vaccines have recombined to form two new and even deadlier diseases than the original. The vaccine virus strains are attenuated, so that they can’t produce serious disease. Nonetheless, these two weakened strains produced more virulent disease than the one they’re meant to prevent.

According to Science, one of the authors of the paper documenting this development, veterinary microbiologist Glenn Browning, states:

This shows that recombination of such strains can happen and people need to think about it.

The disease the vaccines are intended to prevent, infectious laryngotracheitis (ILTV), is no laughing matter. It’s a herpes virus that causes respiratory illness. Chickens can choke on blood and mucus, resulting in the deaths of up to one-fifth of those affected. However, the two new viruses produce even more severe disease.

Clearly titled “Attenuated Vaccines Can Recombine to Form Virulent Field Viruses”, the study investigated the cause of the new ILTV diseases(2). They performed whole-genome sequencing of the three strains of viruses found in the vaccines and the two new disease strains. The results were consistent with interspecies recombination. They then confirmed those results by comparing the sequences of the new viruses with those of the vaccine viruses. They found the specific regions of genetic crossover, thus confirming that the new viruses are a result of a gene exchange in the attenuated vaccine viruses.

After that, they tested the new viruses for virulence by seeing how rapidly they reproduced. They found that “both recombinants had significantly increased virulence or replication compared with their parent strains.”

The rapid emergence of two virulent recombinants suggests that recombination between attenuated herpes virus vaccines and resultant restoration of virulence may be rare but can bring about a fitness advantage, with severe consequences. The findings from this study raise concerns about the use of multiple distinct attenuated herpes virus vaccines under conditions that favor recombination. These findings have implications for the use of herpes viruses, and possibly other DNA viruses, as attenuated vaccines or vaccine vectors.

We suspect that this sort of event could potentially happen in other animal species as well and with other viruses in addition to infectious laryngotracheitis virus. So we believe that what we’ve seen here has potentially wider implications than just this particular disease in poultry.

This is not only one way in which vaccines can create more virulent diseases. As reported in Whooping Cough Epidemic Caused by Virulent New Pertussis Strain—And It’s the Result of Vaccine, the whooping cough (pertussis) vaccine has caused a new and more virulent form of pertussis, which is responsible for most of the current outbreaks. This new form of pertussis probably already existed, but was kept in check by the variety for which the vaccination was made.

In the case of the oral polio vaccine, currently in heavy use in Africa and India, the attenuated virus has apparently evolved in human bodies, rather than in the wild as has been the case with pertussis. This seems to have happened on several occasions, but the result is new and more virulent forms of polio in circulation, as discussed in Mutated Polio From Vaccine Is Spreading in Africa.

Further, vaccines may be fueling increases in seemingly unrelated diseases. Vaccines May Be Fueling the Increasing Rate of Non-Hodgkin’s Lymphoma Cancer examines this likelihood.

Of course, as shown in the video on the right, the methods now used to raise chickens and eggs are likely the primary reason vaccines are needed to prevent ILTV. Battery farming, where birds are inhumanely crowded in tiny cages stacked on top of each other for their entire lives weaken them so they’re susceptible to even the most minor illness. If one catches something, it’s bound to spread like wildfire.

The Law of Unintended Consequences is at work demonstrating that there’s a price to be paid for trying to circumvent nature rather than work with it. By raising animals in such inhumane and unnatural ways, they’re made unhealthy. That lack of health then requires further unnatural methods. As we’re now seeing, the piper must ultimately be paid. A new and more virulent disease has been created.

At some point, these maniacs need to come to grips with a basic fact: We are part of nature. When we try to operate outside it, we will pay a price. The longer we get away with it, the greater the price becomes. Playing at god does not make us gods. Nature will ultimately restore the balance that we have the hubris to believe doesn’t include us.
Posted by Liss at 12:25 PM