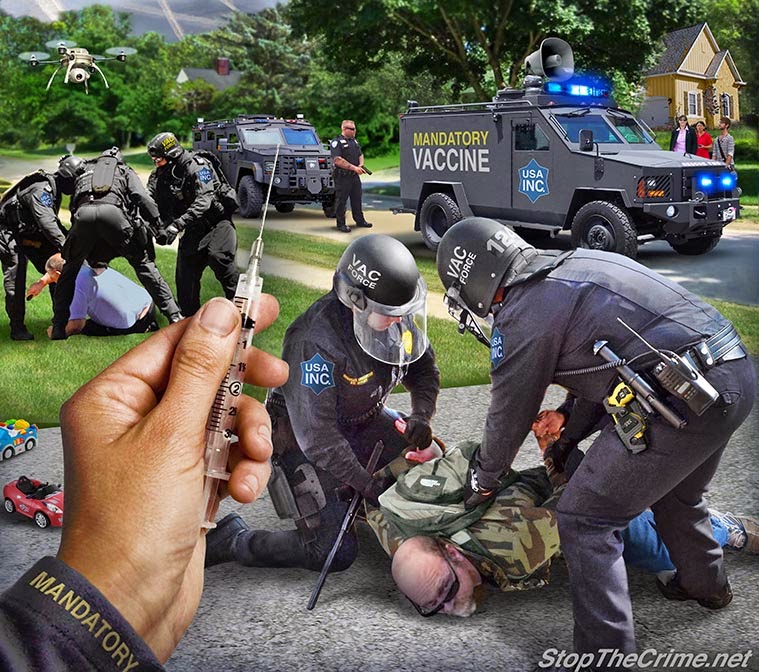 
It is now official. Vaccination by gunpoint is being carried out through the use of police force. The medical police state is being unleashed in Pakistan as thousands of children are force-fed unnecessary and dangerous pharmaceutical drugs.

Multiple hundreds of parents who nobly object to these vaccinations are being arrested or forced at gunpoint to submit their children to the vaccines. According to Feroz Shah, a spokesman for the Peshawar district administration, 471 people have been arrested so far. "This is the first time such drastic action was taken," Shah said. "This shows determination of the government to eradicate polio."

UNICEF, a key supplier of the vaccines, strives to eradicate polio around the world using vaccines, and Pakistani officials are making them mandatory, destroying parental rights, using force to ram their idea of medicine into the people.

Thousands of parents being tracked down as police arrest parents who object to forced polio vaccines
Reportedly, Pakistan inadvertently wasted $3.7 million worth of vaccines donated by UNICEF because of improper storage. Trying not to further waste supplies, authorities are now resorting to force, hunting down anyone who refuses the drugs.

"There is no leniency" if parents refuse the vaccinations, says the deputy police commissioner for Peshawar, Riaz Khan Mahsud. Pakistani officials are tracking down between 13,000 and 16,000 parents who refuse to vaccinate. Many of the helpless, choiceless Pakistanis are persuaded to comply after spending a "few days behind bars."

Shakirullah Khan, a senior police officer in Peshawar, says parents are allowed to go free if they agree to vaccinate their children. The officials are basically telling everyone that their body and their children's body are not their own. Everyone's body belongs to the authorities. All liberty and sovereignty is lost in the process.

Jodie’s Story: A Little Girl Lost After Illegally Given an Untested 8-in-1 Vaccine 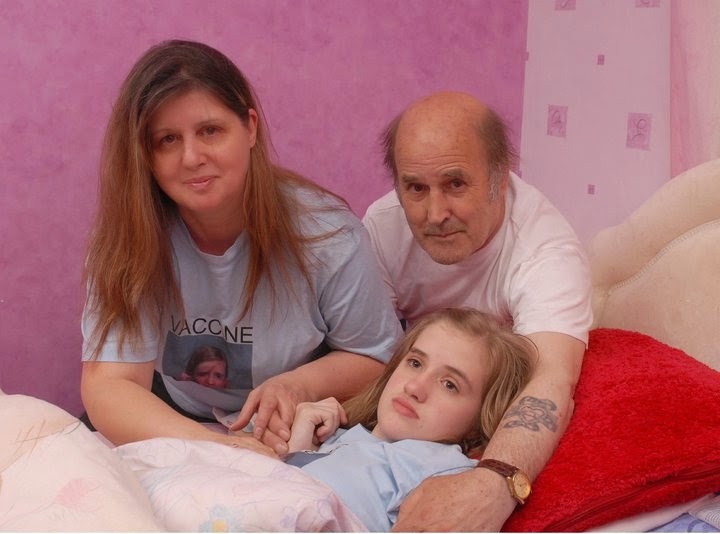 This historical vaccine injury case, to be ruled on in court soon, involves a doctor who seriously put an infant’s life at risk, the National Health Service in the United Kingdom and parents of a permanently and severely vaccine-damaged child, Jodie Marchant.

The Marchants share with us what happened after they took their one year-old daughter to the doctor, only agreeing for the MMR while refusing all other vaccines. They were completely shocked when they found out their baby Jodie was given an illegal, untested 8-in-1 vaccine concoction, deliberately mixed in one syringe, which destroyed their daughter.

Her father, Mr. William Marchant, has stated that investigations indicated the existence and persistence of the vaccine-strain measles virus in Jodie’s gastrointestinal tract. Jodie’s bowel findings could not be identified locally. Her report matched the same description published in The Lancet by Dr. Andrew Wakefield, the paper that was retracted, even though the findings have been repeated numerous times.

Andrew Wakefield was correct with his findings, even though considerable effort has been made by government officials and vaccine manufacturers to conceal data proving a link between vaccines, autism, bowel disease and brain damage. Jodie was also one of Dr. Wakefield’s patients.

The Marchants were sent death threats to remain silent when they learned the truth of what happened, raising the question, how many infants are being experimented on during these well visits?

Jodie’s parents were told by experts that their case is totally unique and they are the only family to ever hold the records to prove this happened.

This combination vaccine given to their daughter could never be researched, as the subjects would not survive. Parents do not know what vaccines are truly being given to their child during these office visits.

Jodie’s story offers a glimpse at how government officials and vaccine manufacturers cover up vaccine damage and how they try to avoid being held liable, proving in their own case that vaccine records were deliberately removed after an untested vaccine was given without consent.

This family has bravely come forward during this crucial time, when vaccine laws are being challenged and parental rights to choose are being slowly taken away.

The association with inflammatory bowel disease being linked to the MMR vaccine and autism was, and still is, a very controversial topic.

Twenty-two years have passed since that injection was given. This family is still battling their case in court. Jodie’s parents will not run from those responsible. They will never give up fighting to obtain justice for Jodie. 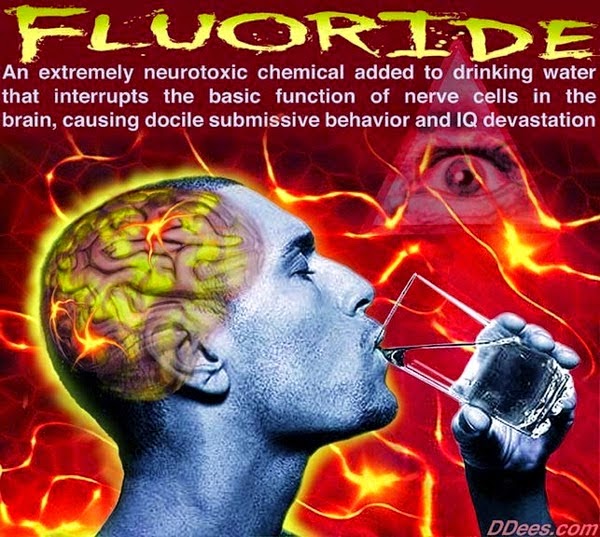 Believe it or not, people have protested the mass medication of the public through drinking water all along. The fluoride in tap water - although touted as healthy and safe - is nothing more than the "legal" unregulated way for chemical companies to unload their waste. And we pay for that privilege.

Last year, a highly contested Harvard research study published in The Lancet implied that water fluoridation is not only ineffective for teeth but is a neurotoxin associated with ADHD and other neurodevelopmental issues. It has also been associated with a significant drop in IQ. Fluoride was recently outted as damaging to the thyroid - that is significant when talking about neurodevelopmental problems.

Critics can shrug off and jeer the results all they want but something has sparked other research teams to study fluoride's effects on the brain. Namely - to see if "Is there something in the water??" is a valid question that should be answered before it's too late.

Has a fluoridated water supply been responsible for more ADHD diagnoses since the early 1990s?