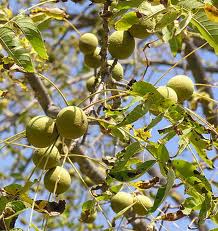 Well the Food and Drug Administration has really made a name for themselves this time. In response to claims by a company named Diamond Foods that walnuts possess health benefits, the FDA sent the company a letter informing them of their wrongdoing. What did Diamond Foods do wrong? According to the FDA, claims made by Diamond Foods that omega-3′s found in walnuts produce health benefits make their walnuts “drugs”. As far as the FDA is concerned, these “drugs” can not be legally marketed in the United States without an approved new drug application.

It seems bureaucratic tyranny is really taking shape in America. Despite 35 peer-reviewed published papers showing that walnuts improve vascular health and promote heart function being held in the US National Library of Medicine database, the FDA refuses to allow Diamond Foods to make such claims. The evidence revolving around the benefits of walnuts evidently must be authorized by the FDA before those benefits can even be marketed. A letter sent to the company from the FDA states:

“We have determined that your walnut products are promoted for conditions that cause them to be drugs because these products are intended for use in the prevention, mitigation, and treatment of disease.”

The FDA goes on to say that the products are also “misbranded” because they “are offered for conditions that are not amenable to self-diagnosis and treatment by individuals who are not medical practitioners; therefore, adequate directions for use cannot be written so that a layperson can use these drugs safely for their intended purposes.”

All the while, the FDA is more than happy to allow marketing of chemical-laden, diabetes-inducing foods such as Apple Jacks or Fruit Loops, often targeted at young children. Not only that, but they would much rather the population ‘treat’ their problems with harmful pharmaceuticals rather than with a healthy diet. The government’s actions against natural solutions are sickening to say the least, and saying that walnuts or pomegranates are drugs is an outright false claim. But why are they even making these crazy statements?

The truth is that the pharmaceutical industry, multi-national corporations, and government officials all have both indiscrete and blatant financial ties. Junk food manufacturers heavily lobby the federal government for favorable treatment in order to vacuum in greater profits. In response to the ingestion of massive amounts of junk foods, your body responds so negatively that various health-complications surface, causing you to search for a solution. It just so happens that the pharmaceutical industry has been pushing ‘solutions’ on you for years through mass advertising, making drug ingestion and medical devices the norm instead of healthy alternatives. As far as the government is concerned, there is absolutely no reason for you to live a healthy lifestyle, since many of the government officials would be losing out on a great sum of money.

The FDA simply does not have your best interest at heart. This kind of action truly reflects government lunacy at its best.
Posted by Liss at 10:15 PM