Accelerated Aging Could be Result of Chronic Anxiety 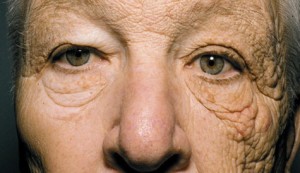 Recent research from Harvard-affiliated Brigham and Women’s Hospital in Boston suggests that chronic panic, phobia and similar anxiety disorders may lead to accelerated aging by shortening telomeres, the DNA-protein complexes whose lengths serves as biomarkers of cells’ biological ages.

Chronic Anxiety Could Result in Accelerated Aging In the study, telomere length was analyzed in 5,243 randomly selected women, 42 to 69 years of age. High phobic anxiety, as measured by the Crown-Crisp Experiential Index, was associated with shorter telomeres, even after accounting for additional factors known to affect telomere length such as paternal age-at-birth, smoking history, body-mass-index and physical activity. Researchers noted that the magnitude of difference in telomere length in the most phobic women corresponded to six years mored aged than average.

In their discussion of this phenomenon, the authors of this study emphasize that “phobic anxiety is treatable; thus, any potential impacts on telomere shortening may be amenable to prevention through early identification and treatment.”

There is certainly more investigation to be done in terms of fully understanding this process, its potential consequences and its potential treatments, but it is fairly safe to say that the amelioration of anxiety disorders, the most common mental illness in the U.S., currently affecting 18% of the adult population and more children than ever before, merits our attention.

Rather than feed our anxiety epidemic with this new information, why not slow down, take a deep breath, and consider adding yoga for depression and anxiety? You can also try forest bathing, or simply known as a walk in the woods. Surely the six years you stand to gain will be worth it. Additionally, there are numerous methods to prevent aging – all you must do is recognize them and implement them in your daily life. Accelerated aging can be prevented – you just have to know how to do it!
Posted by Liss at 6:35 PM