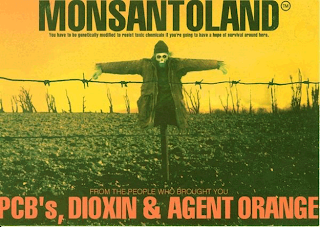 A major new scientific study has confirmed growing conviction that the world’s most widely used chemical herbicide, Monsanto Corporation’s Roundup is toxic and a danger to human as well as animal organisms. The latest scientific research carried out by a multinational scientific team headed by Professor Andrés Carrasco, head of the Laboratory of Molecular Embryology at the University of Buenos Aires Medical School and member of Argentina’s National Council of Scientific and Technical Research, presents alarming demonstration that Monsanto and the GMO agribusiness industry have systematically lied about the safety of their Roundup. Roundup in far lower concentrations than used in agriculture is linked to birth defects. The health implications are huge. All major GMO crops on the market today are genetically manipulated to “tolerate” the herbicide Roundup.

Full story
Posted by Liss at 5:54 PM No comments: 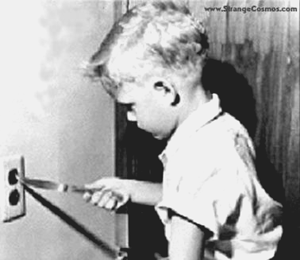 A mineral deficiency which can dumb down a whole population is evident and possibly rising in Australia, latest research into iodine in newborns has shown.

Iodine deficiency can lop 10 to 15 points from an affected person's IQ, according to the World Health Organisation (WHO) which also ranks Australia among about 50 countries known to have the deficiency.

Full story
Posted by Liss at 5:38 PM No comments:

In addition to health risks, there are issues relating to seed patenting, biodiversity and the impoverishment of farmers.

The next time you serve up a good old ‘wholesome’ meal of rice and various vegetables, you will probably take in half a milligram of pesticide also. That would be more than 40 times what an average North American person would consume.

India is one of the world’s largest users of pesticides and a profitable market for the corporations that manufacture them. Ladyfinger, cabbage, tomato and cauliflower in particular may contain dangerously high levels because farmers tend to harvest them almost immediately after spraying. Fruit and vegetables are sprayed and tampered with to make them more colourful, and harmful fungicides are sprayed on fruit to ripen them in order to rush them off to market.

Full story
Posted by Liss at 5:25 PM No comments: 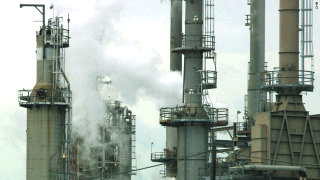 Today, a subcommittee of the U.S. Senate, the Subcommittee on Superfund, Toxins, and Environmental Health, met in New Jersey to hear about recent studies showing that today's infants are being born into a more toxic world than ever before. The fact that so many toxic chemicals already exist in infants' blood when they are born, doesn't mean that things are going to get better for them.

As Dr. Sanjay Gupta, CNN's chief medical correspondent, who testified today at the hearing, put it: "Babies in this country are born 'pre-polluted.'"

Senior scientists in the United States, who have studied glyphosate and glyphosate-tolerant GM crops for decades, identified more than 40 diseases linked to glyphosate, and the list is growing.

They call it “mad soy disease” in Brazil, where it has been spreading from the north, causing yield losses of up to 40 percent, most notably in the states of Mato Grosso, Tocantins and Goias.
Like its namesake, mad cow disease, it is incurable [1, 2, 3].

This is the latest GMO fiasco to surface since our report on the meltdown in the USA. 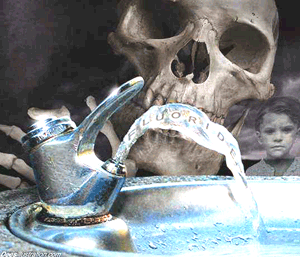 War On You: Breaking Alternative News
Via: The Daily News (Newburyport)

Desmarais said while soluble sodium fluoride has traditionally proved easy to dissolve and add to the water supply, in recent years he’s found that 40 percent of the product they’ve been buying will not dissolve, and he doesn’t know why. Desmarais has sent the material out for testing on two separate occasions, but had no luck in determining what it contained. He has sent it back to the supplier and had a better quality product delivered following the complaint. But the next delivery presents with the same problem, he said.

Never mind the fluoride toxicity issue. We all know about that. But wtf is this bonus material?

Why Monsanto is paying farmers to spray its rivals’ herbicides 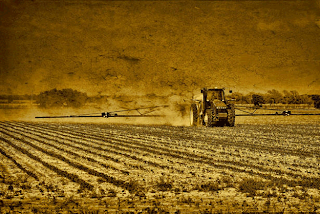 Monsanto's ongoing humiliation proceeds apace. No, I'm not referring to the company's triumph in our recent "Villains of Food" poll. Instead, I'm talking about a Tuesday item from the Des Moines Register's Philip Brasher, reporting that Monsanto has been forced into the unenviable position of having to pay farmers to spray the herbicides of rival companies.
If you tend large plantings of Monsanto's "Roundup Ready" soy or cotton, genetically engineered to withstand application of the company's Roundup herbicide (which will kill the weeds -- supposedly -- but not the crops), Monsanto will cut you a $6 check for every acre on which you apply at least two other herbicides. One imagines farmers counting their cash as literally millions of acres across the South and Midwest get doused with Monsanto-subsidized poison cocktails.

Full story
Posted by Liss at 6:59 PM No comments: 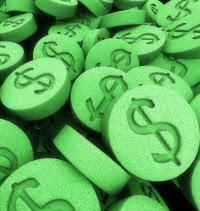 Who were the top 50 psychiatrists in the U.S. paid by the top seven pharmaceutical companies?

This past week, ProPublica, an independent, non-profit newsroom that produces investigative journalism in the public interest, recently decided to answer that question by compiling a list of 384 physicians and health care providers who earned more than $100,000 total from one or more of the seven companies that have disclosed payments in 2009 and early 2010. Click here for the full list of 384 physicians.

We combed that list and found the top 50 psychiatry earners for the past two years (2009-2010). You can click on any name below to learn more about the physician.

According to an accompanying article to this data, ProPublic notes that “[p]ayments to doctors for promotional work are not illegal and can be beneficial. Strong relationships between pharmaceutical companies and physicians are critical to developing new and better treatments.” Perhaps, but for far too long, companies have used physicians as empty-headed mouthpieces for their marketing propaganda.

Full Story
Posted by Intercept at 6:19 PM No comments: 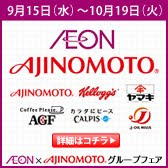 Ajinomoto has defended its artificial sweetener product aspartame, of which the Japan-based food group is the largest supplier, and questioned the potential of natural sweetener stevia.

Critics have long claimed that aspartame is associated with numerous health risks. Retailers, including the UK’s Marks and Spencer and South Africa’s Woolworths Holdings, have removed aspartame from their own-label lines in recent years.

Meanwhile, Asda, the UK arm of Wal-Mart, has been embroiled in a three-year legal dispute with Ajinomoto over the artificial sweetener. In 2007, Ajinomoto sued Asda after the retailer publicised a “no-hidden nasties” guarantee to promote its removal of artificial colours and flavours from its own-brand food and soft drinks.

However, this June, the ingredients firm said an appeal “effectively reversed” the earlier ruling, which enabled the company to pursue its case to “protect the reputation of aspartame”.

Posted by Intercept at 8:00 AM No comments: 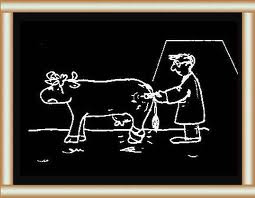 On June 28 of this year, the FDA issued a draft of new guidelines urging meat producers to refrain from using antibiotics to promote livestock growth, calling the practice an "urgent public health issue."

"To preserve the effectiveness [of antibiotics], we simply must use them as judiciously as possible," said FDA Deputy Commissioner Joshua Sharfstein.

The livestock industry regularly gives antibiotics to healthy animals to make them gain more weight faster, as well as to prevent infection. For more than 30 years, public health experts have warned that this practice is contributing to the evolution of drug-resistant bacteria, including strains that can infect humans.

More
Posted by Intercept at 7:53 AM No comments: