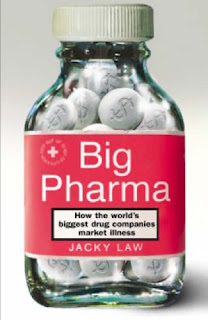 British registered company, GlaxoSmithKline, faces $3 billion in penalties after pleading guilty to the biggest health care fraud case in history. GSK admitted that physicians had been bribed to push potentially dangerous drugs in exchange for Madonna tickets, Hawaiian holidays, cash and lucrative speaking tours. They also admitted distributing misleading information regarding the antidepressant Paxil. The report claimed that it was suitable for children, but failed to acknowledge data from studies proving its ineffectiveness in children and adolescents.

GSK faced charges that they had used the gifts to sell three drugs that were either unsafe, or used for purposes that were not approved. The first drug, Paxil also known as Seroxat, was touted as safe and effective for children and adolescents. The ineffectiveness of Paxil, and the link to suicides, meant that it was banned for kids under 18-years-olds in 2008.

The second drug, Avandia was used in Britain to treat diabetes until it was withdrawn due to safety fears, including increased risk of heart attacks. The US government claimed that GSK had attempted to conceal the data surrounding the dangers.

The third drug, Wellbutrin is used in the UK for treating depression, but it was alleged that GSK had recommended physicians used it for ADHD, lost libido and as a slimming aid. None of which were approved uses for the drug.

Sir Andrew Witty, chief executive of GSK said "Whilst these offenses originate in a different era for the company, they cannot and will not be ignored. On behalf of GSK, I want to express our regret and reiterate that we have learned from the mistakes that were made. We are deeply committed to doing everything we can to live up to and exceed the expectations of those we work with and serve. In the US, we have taken action at all levels in the company. We have fundamentally changed our procedures for compliance, marketing and selling."

US attorney for Massachusetts, Carmen Ortiz said: "The GSK sales force bribed physicians to prescribe GSK products using every imaginable form of high priced entertainment, from Hawaiian vacations to paying doctors millions of dollars to go on speaking tours, to a European pheasant hunt, to tickets to Madonna concerts."

This is the biggest settlement in the history of drug industries, ahead of the 2009 Pfizer case in which it was fined $2.2 billion for promoting four drugs for unapproved uses. In 2010, GSK paid $96 million to a whistle-blower who exposed contamination problems and a management cover up in Puerto Rico.

The practice of pushing drugs for unapproved uses is endemic within the drug industries. Two of the largest drug companies have been caught and fined huge amounts for chasing sales targets using any means necessary. It proves that the health of customers, even children, ranks lower on the companies' agenda than profit. Using bribes to get doctors to prescribe drugs shows a complete lack of moral fiber from both sales teams and the doctors. After this case, surely the doctors also need to face the courts for their conduct.

Whilst the amounts of money seem to be a huge punishment for GSK, the settlement is merely a slap on the wrist for a company whose market value is $133 billion. Can we trust another multinational that promises to clean up its act, when others have promised the same, only to behave just as recklessly but much more surreptitiously.
Posted by Liss at 1:03 PM