Over 75? Sign here if you're ready for death: GPs to ask ALL older patients if they'll agree to a 'do not resuscitate' order 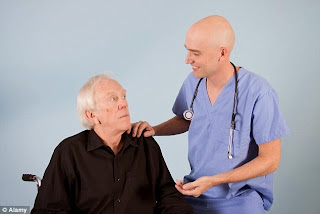 HAPPY 75th BIRTHDAY.  ARE YOU READY TO DIE?  I GOT MY BAG RIGHT HERE.
Daily Mail

Doctors are being told to ask all patients over 75 if they will agree to a 'do not resuscitate' order.

They are also being told to ask whether the patient wants doctors to try to resuscitate them if their health suddenly deteriorates.

The NHS says the guidance will improve patients' end-of-life care, but medical professionals say it is 'blatantly wrong' and will frighten the elderly into thinking they are being 'written off'.

In some surgeries, nurses are cold-calling patients over 75 or with long-term conditions and asking them over the phone if they have 'thought about resuscitation'.

Email ThisBlogThis!Share to TwitterShare to FacebookShare to Pinterest
Labels: eugenics 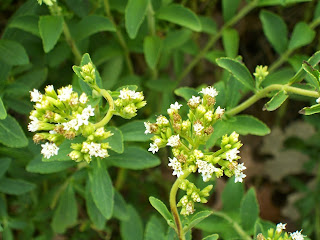 Maybe it's not so sweet now... If you've thought stevia, the natural alternative to sugar and artificial sweetners with aspartame, et al., is too good to be true, there may be a catch. Check out this textbook written in 1970 by Paul and Anne Ehrlich, the precursor to the textbook Ecoscience they wrote with Obama Science Czar John P. Holdren seven years later. The book advocates all manner of horrors to depopulate what they consider an overpopulated world, including everything from adding sterilants to the water and food to producing a sterilizing virus that requires a vaccine antidote one could apply for... it's a nightmare.

As such, it was pretty shocking to find a passage where the authors excitedly discuss using stevia rebaudiana — the same sweet leaf hailed everywhere today as a wonderful, healthy sugar alternative — as an anti-fertility agent. What's more, it had apparently been used traditionally by indigenous Indian populations in Paraguay for a long time, and rats in studies had shown a large drop in fertility after being administered stevia...

Uncensored Interview with Gary Null, Ph.D. on Vaccines and SB277 – Part One 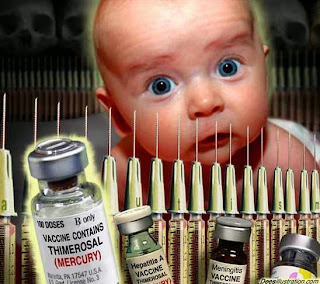 Two weeks ago, Guns and Butter was censored when trying to have Gary Null, Ph. D. on air live to discuss the issue of vaccines and specifically SB277. This is the California State Senate bill that will remove all religious and philosophical gandbexemptions from parents of children attending public or private school. It will essentially mandate vaccinations for all children under the current California schedule and force parents to choose between vaccinating their kids, homeschooling or moving out of state.

Unfortunately, KPFA listeners were denied the opportunity to hear the facts and information about vaccines including safety, efficacy, legal issues and the corruption and collusion of the pharmaceutical industry, politicians, government officials and the media. Guns and Butter cannot and will not be censored by KPFA or anyone else.  The interview was recently conducted by Bonnie Faulkner and Gary shares with us his incredible knowledge of this subject that is not to be missed.

Vaccines: What You Are Not Being Told – Part One is the first hour of this two-hour interview and is now available for listening or download.  Be sure to also read Gary’s response to Laura Prives, Program Director at KPFA regarding the censorship of Guns and Butter. 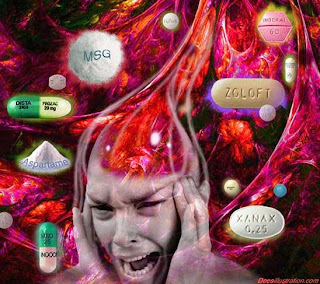 Peter C. Gøtzsche, MD is a Danish medical researcher, and leader of the Nordic Cochrane Center at Rigshospitalet in Copenhagen, Denmark. He has written numerous reviews within the Cochrane collaboration.

In 2006 a paper by Gøtzsche on mammography screening was electronically published in the European Journal of Cancer ahead of print. The journal later removed the paper completely from the journal website without any formal retraction. The paper was later published in Danish Medical Bulletin with a short note from the editor, and Gøtzsche and his coauthors commented on the unilateral retraction that the authors were not involved in.

Radiation levels in US food seem to rising gradually ever since 3/11/2011. "New EPA milk samples in Hawaii show radiation in milk at up to 800% above limits for C-134, 633% above limits for C-137 and 600% above EPA maximum for I-131 for a total of 2033%, or 20.33 times, above the federal drinking water limits. These levels have been rising ever since the Fukushima accident. What is the latest reading? Does anyone care?


Dr. Conrad Miller MD reports on these elevated radiation in milk readings..
New readings have also been posted for Phoenix AZ with milk being above the federal limit and Los Angeles with milk being slightly below the limit for Iodine.

...According to the mass media, the Fukushima crisis is over and done with, but for some strange reason, neutral observers are reporting that things seem to be getting worse where the jet stream was located.