Sweet Remedy: The World Reacts to an Adulterated Food Supply


"Ms. Brackett does an excellent job exposing the Faustian bargain
struck between the food and beverage industry and the pharmaceutical cartel."
-Bruce D. Deutsch, D.C.

"Terrific! It could certainly change the country for the better"
- Erskine Radio, Phoenix

• An unsettling link between aspartame and genetically modified foods.

• How Monsanto and its star aspartame executive hit a brick wall.

• What did Cori do to get better?

• What can one do to minimize damage from exposure? How about healing?
Now accepting orders for "Sweet Remedy":

• What happened after aspartame was approved?

• What happens when people in the public spotlight start getting sick?

• A thorough history and examination of MSG.

• A more definitive link between aspartame and Multiple Sclerosis.

• What happened with Stevia?

• How could it be that so many diseases are linked to excitotoxicity?

• Why do so-called experts get away with lying to us in the media?

• Exactly how dangerous are these foods to children?
In the sequel to "Sweet Misery: A Poisoned World" learn:

• Do children "at risk" really need to go on ritallin when the school's doctor prescribes it?

• How can a healthy society prevail when the food supply can no longer be trusted?


"Sweet Remedy: The World Reacts" is a documentary of personal, legal and political struggles in the face of an adulterated food supply. In "Sweet Misery", Cori Brackett surmises, " the institutions designed to protect our food supply have failed us."

What's next? "Sweet Remedy" is a candid look at people across the country working to improve our food supply and to heal and detoxify those already poisoned.

Aspartame was the centerpiece case study in "Sweet Misery", so we pick up where approval left off to further examine lives left in the wake of a toxin deemed "non-existent". In addition, inadequate food safety requirements give birth to numerous problems. We identify these dangers and examine the disparity between what authorities might present as "truth" and what evidence otherwise suggests. 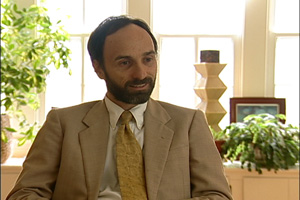 We expand our scope to include genetically modified (GM) foods, monosodium glutamate (MSG) in all its forms, fluoride and other toxic additives. Jeffrey Smith, author of “Seeds of Deception”, gives a comprehensive history of Monsanto’s aggressively deceptive marketing regarding GM foods. Jack Samuels of Truth in Labeling identifies the prevailing different forms of MSG, especially in the seemingly innocuous subcategories of spices and natural and artificial flavors.

In Sweet Remedy, the gulf between truth and scientific evidence is addressed by Professor Noam Chomsky who also reminds us of a disturbing legal commitment of companies to their shareholders.  Any sort of deception that is legal and enhances sales is an act of fulfilling this legal commitment.

Sheldon Rampton, co-author of some of the most unflinching accounts of fraud and deception (Trust Us, We’re Experts and Toxic Sludge is Good for You) provides a detailed account of the mechanisms by which people are regularly deceived. Himself an “expert” on the workings of the PR industry and the deceptions that large corporations can inflict upon a trusting public, Rampart reminds us that things are not always as they appear and that the motivations of large corporations are generally not in the public’s best interest.

While aspartame was the single focus in "Sweet Misery:  A Poisoned World",  "Sweet Remedy" demonstrates that a corrupt flagship regulatory agency has given birth to numerous toxins in our food supply.

A closer examination of the U.S. corporate power structure unveils a two-fold approach to manipulating the public.  First, by attempting to shape public opinion and, second, by affecting an individual's ability to discern PR from the truth.  Hundreds of millions of dollars are spent selling neuro-toxic food additives to the public.  In the United States and through each nation within its global corporate  grasp, maintaining a healthy mind and body is an act of civil disobedience.
Ultimately, healing has become the path of resistance for informed individuals improving their health.  We interview a host of MD's and Natural Health practitioners to gain the clearest possible perspective for a path to recovery.  Perhaps the sweetest remedy this film offers is the hope provided by  witnessing a variety of groups as they withstand the confusion, casualties and obstacles involved with taking control of their food and their health.

Co-directed and co-produced by J.T. Waldron, Founder of the Intercept