The Connection Between MS and Aspartame 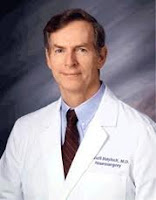 Recently, much controversy has surrounded a claim that aspartame may produce an MS-like syndrome. A current review of recent peer-reviewed scientific studies have disclosed a pathophysiological mechanism to explain this connection. As far back as 1996 it was shown that the lesions produced in the myelin sheath of axons in cases of multiple sclerosis were related to excitatory receptors on the primary cells involved called oligodendroglia. Recent studies have now confirmed what was suspected back then. The loss of myelin sheath on the nerve fibers characteristic of the disease are due to the death of these oligodendroglial cells at the site of the lesions (called plaques). Further, these studies have shown that the death of these important cells is as a result of excessive exposure to excitotoxins at the site of the lesions.

Normally, most of these excitotoxins are secreted from microglial immune cells in the central nervous system. This not only destroys these myelin-producing cells it also breaks down the blood-brain barrier (BBB), allowing excitotoxins in the blood stream to enter the site of damage. Aspartame contains the excitotoxin aspartate as 40% of its molecular structure. Numerous studies have shown that consuming aspartame can significantly elevate the excitotoxin level in the blood. There is a common situation during which the excitotoxin exposure is even greater. When aspartate (as aspartame) is combined in the diet with monosodium glutamate (MSG) blood levels are several fold higher than normal. With the BBB damaged, as in MS, these excitotoxins can freely enter the site of injury,greatly magnifying the damage. So, we see that dietary excitotoxins, such as aspartame and MSG, can greatly magnify the damage produced in multiple sclerosis. Likewise, excitotoxins have been shown to breakdown the BBB as well.

Of equal concern is observation that we know that about 10% of the population (based on autopsy studies of elderly) have MS lesions without ever developing the full blown disease, a condition called benign MS. A diet high in excitotoxins, such as aspartame, can convert this benign, subclinical condition into full-blown clinical MS. The amount of excitotoxins consumed in the average American diet is considerable, as shown by several studies. In addition, the toxin methanol is also in the aspartame molecule. Methanol is a axon poison. Combined toxicity of the aspartate and the methanol adds up to considerable brain toxicity and can convert benign, subclinical MS into full-blown MS. Once the MS becomes full-blown, further consumption of excitotoxins magnifies the toxicity, increasing disability and death.

Recent studies have also shown that even single exposures to these food-based excitotoxins can produce prolonged worsening of neurological lesions. In addition, it has been demonstrated that autoimmune reactions (as occurs with MS) greatly magnifies the toxicity of aspartate and glutamate (the excitotoxins). We also know liquid forms of excitotoxins are significantly more toxic because of rapid absorption and higher blood levels. In the face of this connection between excitotoxicity and the pathophysiology of MS, it would be ludicrous to allow further use of this excitotoxin containing sweetener..

TREATMENT FOR MS:
It is now known the cause for the destruction of the myelin in the
lesions is overactivation of the microglia in the region of the myelin. An enzyme that converts glutamine to glutamate called glutaminase increases tremendously, thereby greatly increasing excitotoxicity. Mercury also activates microglia, even in subtoxic doses.

Any dietary excitotoxin can activate the microglia, thereby greatly
aggravating the injury. This includes the aspartate in aspartame. The
methanol adds to this toxicity as well. Now, the secret to treatment
appears to be shutting down, or at least calming down, the microglia. It has been found that the antibiotic minocycline powerfully shuts down the microglia. I tried this treatment on a friend of mine who just came down with fulmanant MS. He was confined to a wheelchair. I had him placed on minocycline and now, just a few weeks later, he is walking.

The good news is that other things also calm the microglia-the most potent are: silymarin, curcumin and ibuprophen. Phosphatidylcholine helps re-myelinate the nerve sheaths that are damaged, as does B12, B6, B1, vitamin D, folate, vitamin C, natural vitamin E (mixed tocopherols) and L-carnitine. DHA plays a major role in repairing the myelin sheath. Vitamin D may even prevent MS, but it acts as an immune modulator, preventing further damage - the dose is 2000 IU a day. Magnesium, as magnesium malate, is needed in a dose of 500 mg 2X a day. They must avoid all excitotoxins, even natural ones in foods-such as soy, red meats, nuts, mushrooms and tomatoes. Avoid all fluoride and especially all vaccinations since these either inhibit antioxidant enzymes or triggers harmful immune reactions.
~~~~~~~~~~~~~~~~~~~~~~~~~~~~~~~~~~~~~~~~~~~~~~~~~~~~~~~~~~~

Dr. Blaylock is a recently retired board-certified neurosurgeon with more than twenty six years experience. He is a recently retired Clinical Assistant Professor of Neurosurgery at the Medical University of Mississippi. Author of thirty scientific papers on various > medical
subjects, chapters in three medical textbooks and a booklet on multiple sclerosis, he recently completed a booklet on bioterrorism and is the author of "Excitotoxins: The Taste That Kills", "Health & Nutrition Secrets to Save Your Life", and "Natural Strategies for Cancer Patients".www.russellblaylockmd.com He serves on the editorial staff of The Journal of American Physicians and Surgeons, the Journal of the American Nutraceutical Association, and acts as a medical advisor to the American Nutraceutical Association. His excellent newsletter is available at www.blaylockreport.com He lives in Ridgeland, Mississippi.