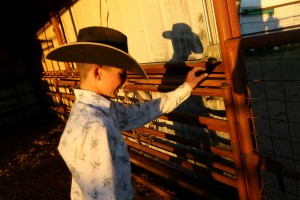 A proposal from the Obama administration to prevent children from doing farm chores has drawn plenty of criticism from rural-district members of Congress. But now it’s attracting barbs from farm kids themselves

The Department of Labor is poised to put the finishing touches on a rule that would apply child-labor laws to children working on family farms, prohibiting them from performing a list of jobs on their own families’ land.

Under the rules, children under 18 could no longer work “in the storing, marketing and transporting of farm product raw materials.”

The new regulations, first proposed August 31 by Labor Secretary Hilda Solis, would also revoke the government’s approval of safety training and certification taught by independent groups like 4-H and FFA, replacing them instead with a 90-hour federal government training course.

Rossie Blinson, a 21-year-old college student from Buis Creek, N.C., told The Daily Caller that the federal government’s plan will do far more harm than good.

“The main concern I have is that it would prevent kids from doing 4-H and FFA projects if they’re not at their parents’ house,” said Blinson.
Posted by Liss at 6:48 PM