Why Calorie Restriction Can Influence Longevity 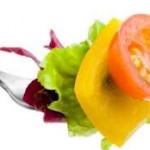 Scientists at the Gladstone Institutes have identified a novel mechanism by which a type of low-carb, low-calorie diet—called a “ketogenic diet”—could delay the effects of aging. This fundamental discovery reveals how such a diet could slow the aging process and may one day allow scientists to better treat or prevent age-related diseases, including heart disease, Alzheimer’s disease and many forms of cancer.

As the aging population continues to grow, age-related illnesses have become increasingly common. Already in the United States, nearly one in six people are over the age of 65. Heart disease continues to be the nation’s number one killer, with cancer and Alzheimer’s close behind. Such diseases place tremendous strain on patients, families and our healthcare system. But today, researchers in the laboratory of Gladstone Senior Investigator Eric Verdin, MD, have identified the role that a chemical compound in the human body plays in the aging process—and which may be key to new therapies for treating or preventing a variety of age-related diseases.

In the latest issue of the journal Science, available online today, Dr. Verdin and his team examined the role of the compound β-hydroxybutyrate (βOHB), a so-called “ketone body” that is produced during a prolonged low-calorie or ketogenic diet. While ketone bodies such as βOHB can be toxic when present at very high concentrations in people with diseases such as Type I diabetes, Dr. Verdin and colleagues found that at lower concentrations, βOHB helps protect cells from “oxidative stress”—which occurs as certain molecules build to toxic levels in the body and contributes to the aging process.

“Over the years, studies have found that restricting calories slows aging and increases longevity—however the mechanism of this effect has remained elusive” Dr. Verdin said. Dr. Verdin, the paper’s senior author, directs the Center for HIV & Aging at Gladstone and is also a professor at the University of California, San Francisco, with which Gladstone is affiliated. “Here, we find that βOHB—the body’s major source of energy during exercise or fasting—blocks a class of enzymes that would otherwise promote oxidative stress, thus protecting cells from aging.”

Oxidative stress occurs as cells use oxygen to produce energy, but this activity also releases other potentially toxic molecules, known as free radicals. As cells age, they become less effective in clearing these free radicals—leading to cell damage, oxidative stress and the effects of aging.

However, Dr. Verdin and his team found that βOHB might actually help delay this process. In a series of laboratory experiments—first in human cells in a dish and then in tissues taken from mice—the team monitored the biochemical changes that occur when βOHB is administered during a chronic calorie-restricted diet. The researchers found that calorie restriction spurs βOHB production, which blocked the activity of a class of enzymes called histone deacetylases, or HDACs.
Posted by Liss at 4:11 PM