225,000 American patients die in doctors’ hands: silence of the lambs 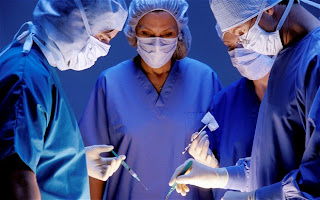 In my previous article, I examined the silence of the lambs (media) concerning the collusion between Monsanto and the FDA.

In the case of medical care in America, that purposeful silence reigns supreme as well.

By the most conservative estimate, researched and published by mainstream medical sources, the US medical system kills 225,000 people each year.

You’d think such a mind-boggling fact would rate a relentless series of page-one stories in the press, along with top-story status on the network evening news.

But no. It’s wall-to-wall silence.

Why? We can list the usual reasons, the medical/pharmaceutical advertising dollars spent on television and in newspapers being the most obvious reason.

We have the reality that, of those 225,000 annual deaths, 106,000 occur as a direct effect of pharmaceutical drugs. The FDA is the single government agency tasked with certifying all medicines as safe and effective before they’re released for public use. Any exposure of the medical death statistics would automatically indict the FDA. Major media won’t take on the FDA at that level.

One of the many truths which would come to light in the event that the press did attack the FDA full-on? The FDA spends an inordinate amount of time, energy, and money going after the nutritional supplement industry, which causes virtually no deaths in any year or decade.

The public would of course discover that, by certifying medical drugs as safe and effective, drugs that kill, like clockwork, 106,000 people a year, the FDA is colluding with, and serving, Big Pharma.

You can’t possibly approve so many drugs that wreak so much human destruction through mere incompetence. Apologists for the FDA might like to think so, but they are terribly, terribly wrong. They are whistling in the dark, trusting “science” as our guide.

Since I’ve been reporting these medically-caused death figures—I started 12 years ago—people have told me, “This is impossible. If it were true, the media would be reporting it.”

That argument is upside down. The statistics are real and true. In fact, they are very low estimates. Therefore, the press is colluding to keep them well under the radar.

The mainstream press is built to be able to maintain silence on issues such as this. It’s part of their job. Although many reporters and editors are simply ignorant and clueless, at the highest levels of media we are looking at sheer manipulation. We are looking at the crime of accessory to murder.

I don’t say murder in any non-literal way. It’s murder because, when you know the facts, when you know what a huge government institution (FDA) is doing to the population, and when that institution itself is well aware of its lethal impact on the public and does nothing about it, year after year, decade after decade, it’s FDA murder and it’s media’s accessory to murder.

It’s not merely negligent homicide. There is no negligence here, any more than there would be if you took a loaded gun out into the street and started firing randomly at crowds of people.

Underneath it all, the press maintains silence because they are not permitted to hammer a huge fracture in what is called “the public trust.”

They’re especially all right when it comes to the medical profession. Doctors are modern priests in white coats.

But the priests are the ones who are prescribing the drugs that are killing people. If the extent of their crimes were made known, trust would evaporate in seconds. And not just trust in the medical profession. Trust, or the lack of it, is contagious. It spreads to other areas quickly.

“Well, if they’re lying abut this, and killing people, then who else is lying and killing?”

“We know that people die in wars. But the doctors are supposed to be saving lives. They’re not supposed to be giving people drugs that kill them at the rate of 106,000 a year, every year.”

The press and the people who own media companies are aware they are guardians of the public trust. However, that has nothing to do with telling the truth. The press is guarding the illusion of truth. That’s how they interpret their mandate.

Nowhere is this perversion more clear than in the medical arena.

As I do every so often, I’m presenting my interview with the late Dr. Barbara Starfield, who for many years was a revered public health authority at the Johns Hopkins School of Public Health. She was the researcher who exposed the truth about medically caused death in America.

Her review, “Is US Health really the best in the world?”, was published in the Journal of the American Medical Association on July 26, 2000.

Soon after her review was published, it gained some media attention. Not headline attention, but the press carried the story. Then, like a report of a car crash or a storm, Starfield’s revelation disappeared, vanished without a trace.

In other articles, I’ve made it clear that Starfield’s journal paper is confirmed by other sources. In fact, on a page of the FDA’s own web site, it is admitted that 100,000 people die every year in America from the effects of pharmaceutical drugs. However, as in the case of every psychotic criminal, the FDA takes no responsibility.

Here are excerpts from my interview with Dr. Barbara Starfield:

What has been the level and tenor of the response to your findings, since 2000?

The American public appears to have been hoodwinked into believing that more interventions lead to better health, and most people that I meet are completely unaware that the US does not have the ‘best health in the world’.

In the medical research community, have your medically-caused mortality statistics been debated, or have these figures been accepted, albeit with some degree of shame?

The findings have been accepted by those who study them. There has been only one detractor, a former medical school dean, who has received a lot of attention for claiming that the US health system is the best there is and we need more of it. He has a vested interest in medical schools and teaching hospitals (they are his constituency).

Have health agencies of the federal government consulted with you on ways to mitigate the [devastating] effects of the US medical system?

Since the FDA approves every medical drug given to the American people, and certifies it as safe and effective, how can that agency remain calm about the fact that these medicines are causing 106,000 deaths per year?

Even though there will always be adverse events that cannot be anticipated, the fact is that more and more unsafe drugs are being approved for use. Many people attribute that to the fact that the pharmaceutical industry is (for the past ten years or so) required to pay the FDA for reviews [of its new drugs]—which puts the FDA into an untenable position of working for the industry it is regulating. There is a large literature on this.

Aren’t your 2000 findings a severe indictment of the FDA and its standard practices?

They are an indictment of the US health care industry: insurance companies, specialty and disease-oriented medical academia, the pharmaceutical and device manufacturing industries, all of which contribute heavily to re-election campaigns of members of Congress. The problem is that we do not have a government that is free of influence of vested interests. Alas, [it] is a general problem of our society—which clearly unbalances democracy.

Can you offer an opinion about how the FDA can be so mortally wrong about so many drugs?

Yes, it cannot divest itself from vested interests. (Again, [there is] a large literature about this, mostly unrecognized by the people because the industry-supported media give it no attention.)

Would it be correct to say that, when your JAMA study was published in 2000, it caused a momentary stir and was thereafter ignored by the medical community and by pharmaceutical companies?

Are you sure it was a momentary stir? I still get at least one email a day asking for a reprint—ten years later! The problem is that its message is obscured by those that do not want any change in the US health care system.

Are you aware of any systematic efforts, since your 2000 JAMA study was published, to remedy the main categories of medically caused deaths in the US?

No systematic efforts; however, there have been a lot of studies. Most of them indicate higher rates [of death] than I calculated.

What was your personal reaction when you reached the conclusion that the US medical system was the third leading cause of death in the US?

I had previously done studies on international comparisons and knew that there were serious deficits in the US health care system, most notably in lack of universal coverage and a very poor primary care infrastructure. So I wasn’t surprised.

Did your 2000 JAMA study sail through peer review, or was there some opposition to publishing it?

This interview with Dr. Starfield reveals that, even when an author has unassailable credentials within the medical-research establishment, the findings can result in no changes made to the system.

Many persons and organizations within the medical system contribute to the annual death totals of patients, and media silence and public ignorance are certainly major factors, but the FDA is the assigned gatekeeper, when it comes to the safety of medical drugs.

The buck stops there. If those drugs the FDA is certifying as safe are killing, like clockwork, 106,000 people a year, the Agency must be held accountable. The American people must understand that.

As for the other 119,000 people killed every year as a result of hospital treatment, this horror has to be laid at the doors of those institutions. Further, to the degree that hospitals are regulated and financed by state and federal governments, the relevant health agencies assume culpability.

It is astounding, as well, that the US Department of Justice has failed to weigh in on Starfield’s findings. If 225,000 medically caused deaths per year is not a crime by the Dept. of Justice’s standards, then what is?

To my knowledge, not one person in America has been fired from a job or even censured as result of these medically caused deaths.

Dr. Starfield’s findings have been available for 12 years. She has changed the perception of the medical landscape forever. In a half-sane nation, she would be accorded a degree of recognition that would, by comparison, make the considerable list of her awards pale. And significant and swift action would have been taken to punish the perpetrators of these crimes and reform the system from its foundations.

The pharmaceutical giants stand back and carve up the populace into “promising markets.” They seek new disease labels and new profits from more and more toxic drugs. They do whatever they can—legally or illegally—to influence doctors in their prescribing habits. Many studies which show the drugs are dangerous are buried. FDA panels are filled with doctors who have drug-company ties. Legislators are incessantly lobbied and supported with Pharma campaign monies.

Nutrition, the cornerstone of good health, is ignored or devalued by most physicians. Meanwhile, the FDA continues to attack nutritional supplements, even though the overall safety record of these nutrients is excellent, whereas, once again, the medical drugs the FDA certifies as safe are killing 106,000 Americans per year.

Physicians are trained to pay exclusive homage to peer-reviewed published drug studies. These doctors unfailingly ignore the fact that, if medical drugs are killing a million Americans per decade, the studies on which those drugs are based must be fraudulent. In other words, the whole literature is suspect, unreliable, and impenetrable. It was rejected by the first journal that I sent it to, on the grounds that ‘it would not be interesting to readers’!

I tried to include everything in my estimates. Since the commentary was written, many more dangerous drugs have been added to the marketplace.